Vollwerth & Co. was started in 1915 by a German immigrant by the name of Richard Vollwerth. The company's quite humble beginning, in the basement of a Hancock home in Michigan's Upper Peninsula, had one very important outcome in mind- to make great, quality sausage.

Richard was later joined in the building of this business by his three sons, Joseph Fisher, George Vollwerth, and Robert Vollwerth. They were dedicated to making the finest quality sausage using the original recipes provided by Richard Vollwerth.

In the 1920's, as the demand for the sausage increased, the business was relocated to a larger, more modern and efficient facility in Hancock, MI, in the heart of Michigan's Copper Country, where it remains to this day. Not only did the building size increase, but so did the distribution area. Vollwerth's sausage had now expanded its sales throughout the local area and further into Michigan's Upper Peninsula.

In the 1930's, despite the devastating effects of the Great Depression on the local economy, Vollwerth & Co. continued its expansion as demand for its fine products continued to increase. The company, at this time, opened its first distribution branch in Iron Mountain, MI. This facility employed numerous people who handled the distribution of their delectable, quality sausage in that area of the Upper Peninsula.

In 1948, Richard Vollwerth retired, leaving his business in the hands of his three capable sons. The early 1960's saw yet another expansion of Vollwerth & Co. into the Marquette, MI area with a new, modern manufacturing facility being built there. Diversification was "the name of the game" and this division specialized in the distribution of quality foods to restaurants, hotels, and institutions. Vollwerth & Co. was indeed growing, expanding, and moving forward with its long history of making only the finest quality sausage.

In 1970, Vollwerth &Co. won state and national acclaim as being the first meat processor in the state of Michigan to comply with the "Wholesome Meat Act of 1967."Permanent full-time federal inspectors were then assigned to each of their meat processing plants. With this new federal inspection program in place, Vollwerth's was now able to sell their sausage throughout the entire United States.

By the late 1970's, the three sons retired and a successful transition to the 3rd generation of family running the company had begun. Don Fisher (Joseph's son) and Robert "Butch" Vollwerth (Robert's son), were to continue the tradition of quality sausage making for the next three decades.

In the 1980's, with better roads and modern refrigerated transportation, Vollwerth & Co. chose to centralize its operation out of its original Hancock location. This allowed the entire Upper Peninsula to continue to enjoy the tasty tradition of quality meats all made and delivered fresh from the company's original town.

Now, 100 years after Richard Vollwerth started the company, there are currently 3rd, 4th, and 5th generation family members involved with the company in various positions.

Since 1915, Vollwerth & Co. of Hancock has been preparing delectable sausage in a time honored, traditional way. The recipes handed down by Richard Vollwerth and the original brick-lined, old world smokehouse that were used for 100 years continue to give Vollwerth sausage its distinctive taste and distinguished place of honor.

In 1935, Paul J. Baroni started making his famous spaghetti sauce and it's been a Copper Country favorite ever since.

His secret: Homemade quality from the freshest ingredients money could buy!(the secret recipe he brought from the old country didn't hurt, either)

In 2008, Vollwerth & Company, a local sausage manufacturer since 1915, purchased the Baroni Company and continues to manufacture the spaghetti sauce utilizing the same equipment in a new facility in Hancock, Michigan so you can continue to enjoy the same product you have come to love!

Today, we are proud of the fact that all of our products are still handmade from the freshest ingredients around and we still follow the secret recipes that Paul J. Baroni brought from the old country.

Order from our kitchen to your family table! 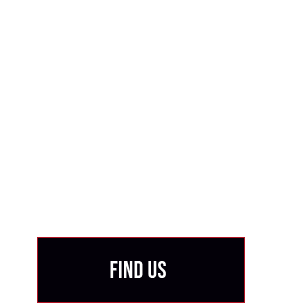